How We Got Started in Graphic Novels

Nelson Beats the Odds was the first in a series of graphic novels we've designed and illustrated for Ronnie Sidney II at Creative Medicine.

In the spring of 2015, Ronnie came to us with a story that had really clear descriptive scenes for practically every sentence which made it difficult for us to do a standard picture book spread. It was shouting out for a graphic novel approach. Not something we'd done before or quoted for. Boy, are they a lot of work. We suggested this to the client, and he loved the idea. Since he was going to be presenting and showing to a grade school and older audience, he thought the graphic novel would go over well with them. So what began as 32 pages with 16 spread illustrations turned into 32 pages with approximately 170 - 180 illustrations.

Since this was a new style and genre for us, it required research. Research and more research. We researched, and read, and googled, and studied, and sketched, and researched some more looking at graphic novels, comic books, styles, themes, directions, applications, etc. You can see some of the reference that provided inspiration on Traci's Pinterest page.

Character design working with photos provided by the client. Nelson and his friends which are based on Ronnie, his friends, and his teachers. 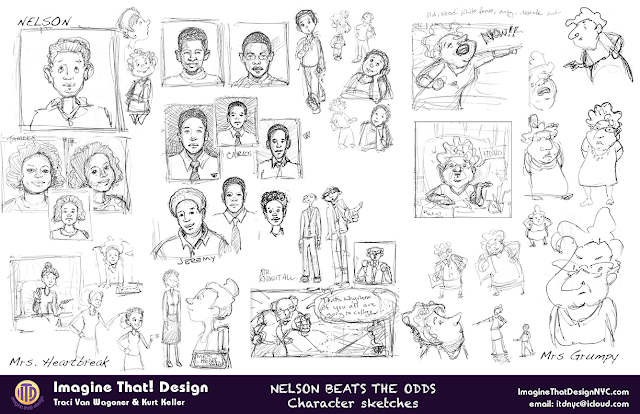 After getting some characters establishing, a text dummy is created where we break the text up into spreads and loosely sketch out the scenes. 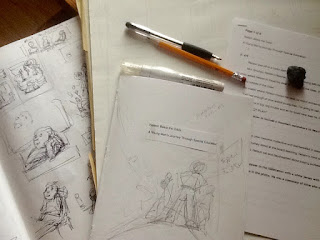 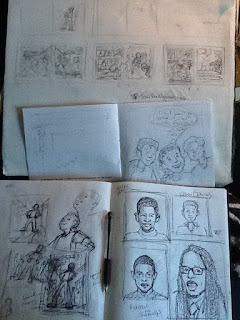 Creating the Cells, Scenes, and Factoids

After doing a series of sketches and designs, we created the cells in InDesign, knowing that the cells themselves were going to add to the creative design and message of the book. We outputted those as pngs and placed them as masks in Photoshop for our first round of sketches. 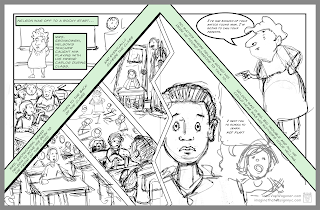 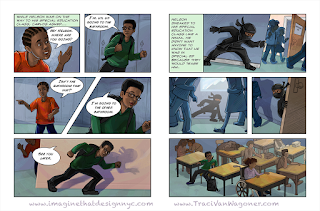 Ronnie also wanted to capture the feeling of sneaking into the special education classroom so his friends wouldn't see him. So, we created a ninja feel with Nelson sneaking to class not being seen.

This is where Nelson finds a teacher who understands and helps him to grow and gain confidence.

We had the additional challenge of getting so much copy into the book. Not only did we have a story line, but since Ronnie would be using this book as an instructional tool, he wanted to include other information, question/answers, facts to back up Nelson's story. We decided to create new call out sections in yellow for Notes / Facts / Quotes. 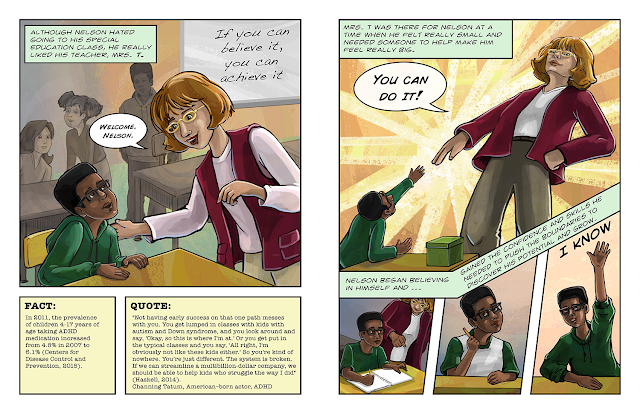 Getting the work done

Since we were also the book designers this gave us the ability to control both ends of the whole book making progress, working the illustrations and design together which gave it much more of a cohesive feel and made the project flow smoothly.

With the basics established, it was time to get into the nitty-gritty of completing the book. Here's a working screen shot from Photoshop showing several spreads in various stages of progress. 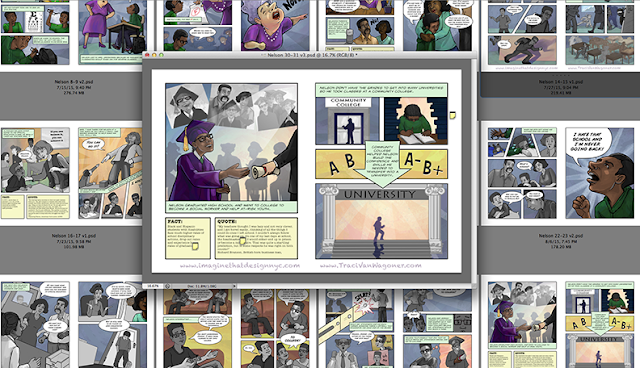 Ronnie was very happy with the end result, so much so that he wrote another book and another so we now have a series of graphic novels. Tameka's New Dress with a colorful patterned dress as the vehicle for Tameka's confidence to stand up to bullies, and Rest in Peace RaShawn where we worked only in black and white with highlight colors to pack an emotional punch. This was an emotionally intense book to illustrate -- and that's another story. And speaking of another story, we have a new book for this series in the works. We'll share more about that later.

For more behind the scenes information about the Nelson Beats the Odds, check out this post on Traci Van Wagoner's illustration blog, Celebrate the Little Things, Hard Lessons Learned. 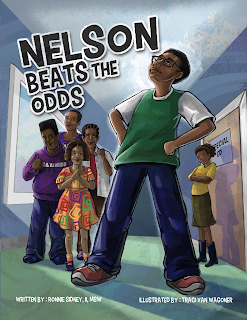 About Nelson Beats the Odds:

Nelson use to think school was all about playing around and talking with his friends. When he learns that he’s been placed in special education, he fears being teased so he keeps his learning disability and ADHD diagnosis a secret. With the encouragement of his parents and assistance from Mrs. T., his special education teacher, Nelson pushes the boundaries and discovers his potential. His hard work pays off when he graduates from college with his social work degree.

Nelson Beats the Odds is an inspiring story that celebrates friendship, resilience and empowerment. The striking illustrations give life to Nelson Beats The Odds while the author’s story is perfect for students diagnosed with learning disabilities or mental health disorders. Imagine That! Design provided the illustration, layout & design and formatting services. The company is located in New York City.

This book and the others in the series are available at Creative Medicine :
http://www.creative-medicine.com/nelson-beats-the-odds.html
Or on Amazon
Check out Ronnie's Amazon page for links to all the books


All images @Imagine That! Design 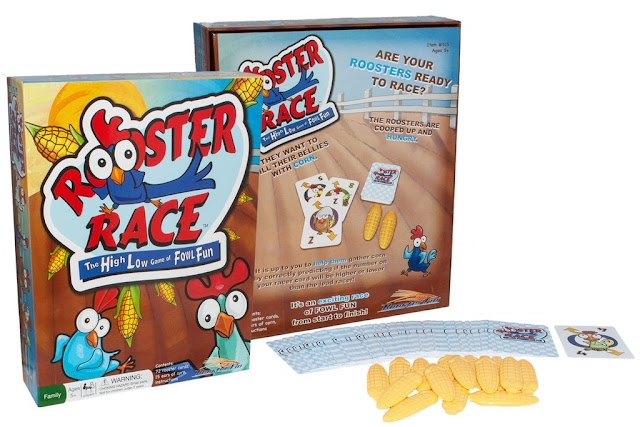 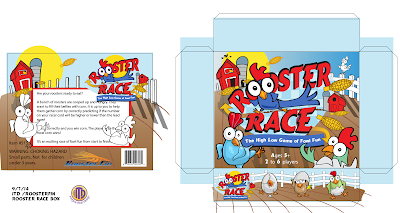 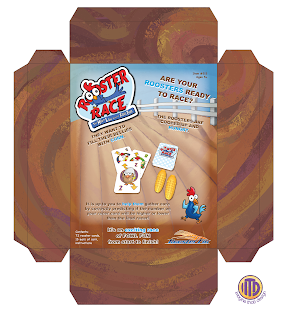 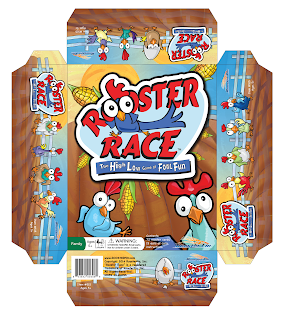 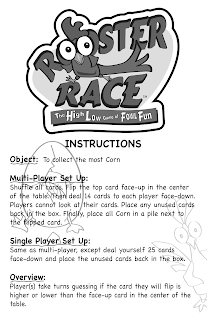 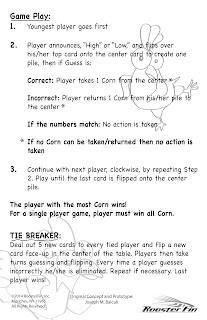 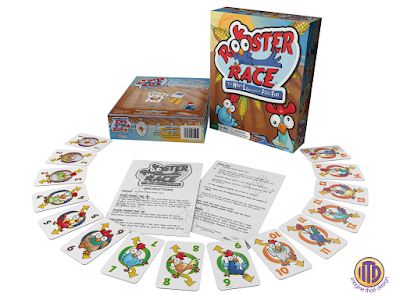 The Making of a Fun Family Game, Part 2 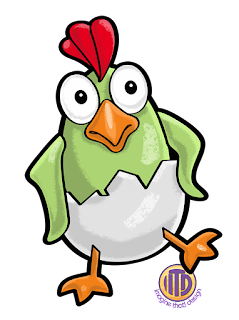 continues with giggle worthy character development of the racing roosters

Last week we started the rooster race journey and ended with a sneak peek at the fun rooster characters that make up the game.

We spent a good deal of time refining the overall character looks as well as individual personalities of the characters since so much of the game play depends on the characters.
We had a ton of fun creating this waky racing characters, and we hope you enjoy our character development journey.

Here's the character line up.

Sketch until there’s a giggle:

We start with rough pencil sketches and designs exploring the looks and personalities of the characters. With these guys we wanted to make sure they're cute, but also wacky and, of course, racing and capturing some of the frantic feel of a racer. Once we get a giggle going, we know we’re onto something. The last page is the page of the best of all the pages of sketches to show the client.

The fun folks at Roosterfin Games giggled. Good, we were on the right track. Next we took any suggestions and thoughts from the client and ran with the roosters they picked and took them to the next stage. 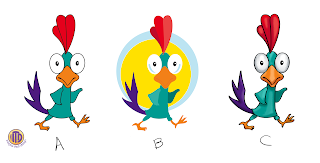 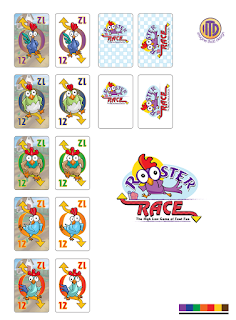 At the finish line, this is what we ended up with for the Rooster Racing cards. Giggle worthy, right?

Game Assets
This game concept also needed some 3D parts. This was a bit of a new adventure for us. The client asked for corn, we gave them corn. We created this in Cinema 4D a 3D program. They created the corn on 3D printer. 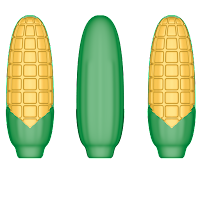 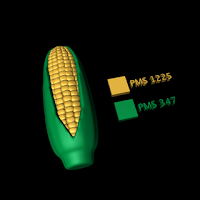 We have come to the end of the journey for this week. We hope our cute rooster characters brought a giggle or two.

Do you know of a giggle game? Any game where you look at the packaging, read the cards, read the instructions and have an uncontrollable giggles. We’d love to hear about it in the comments below. Thanks for stopping by!

Be sure to come back next week for the conclusion of the rooster's journey with all the important packaging and instructions, where you'll see us putting it all together. Until next time, you can buy your own copy of this fun family game here. 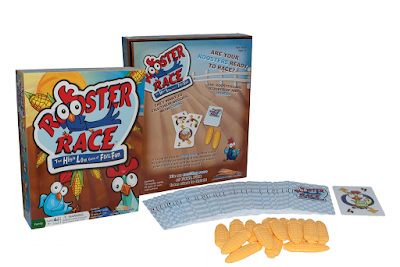 All images ©Imagine That! Design, all rights reserved 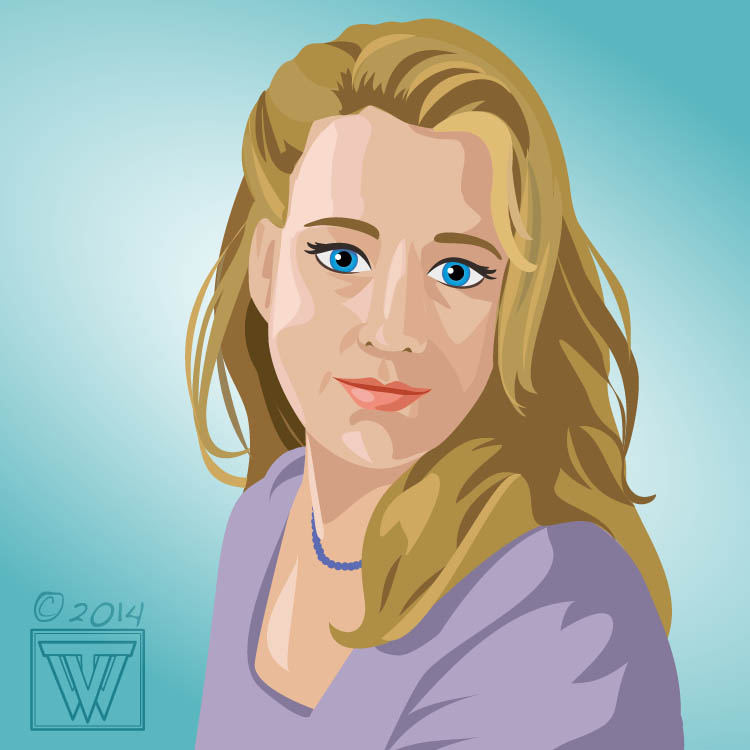 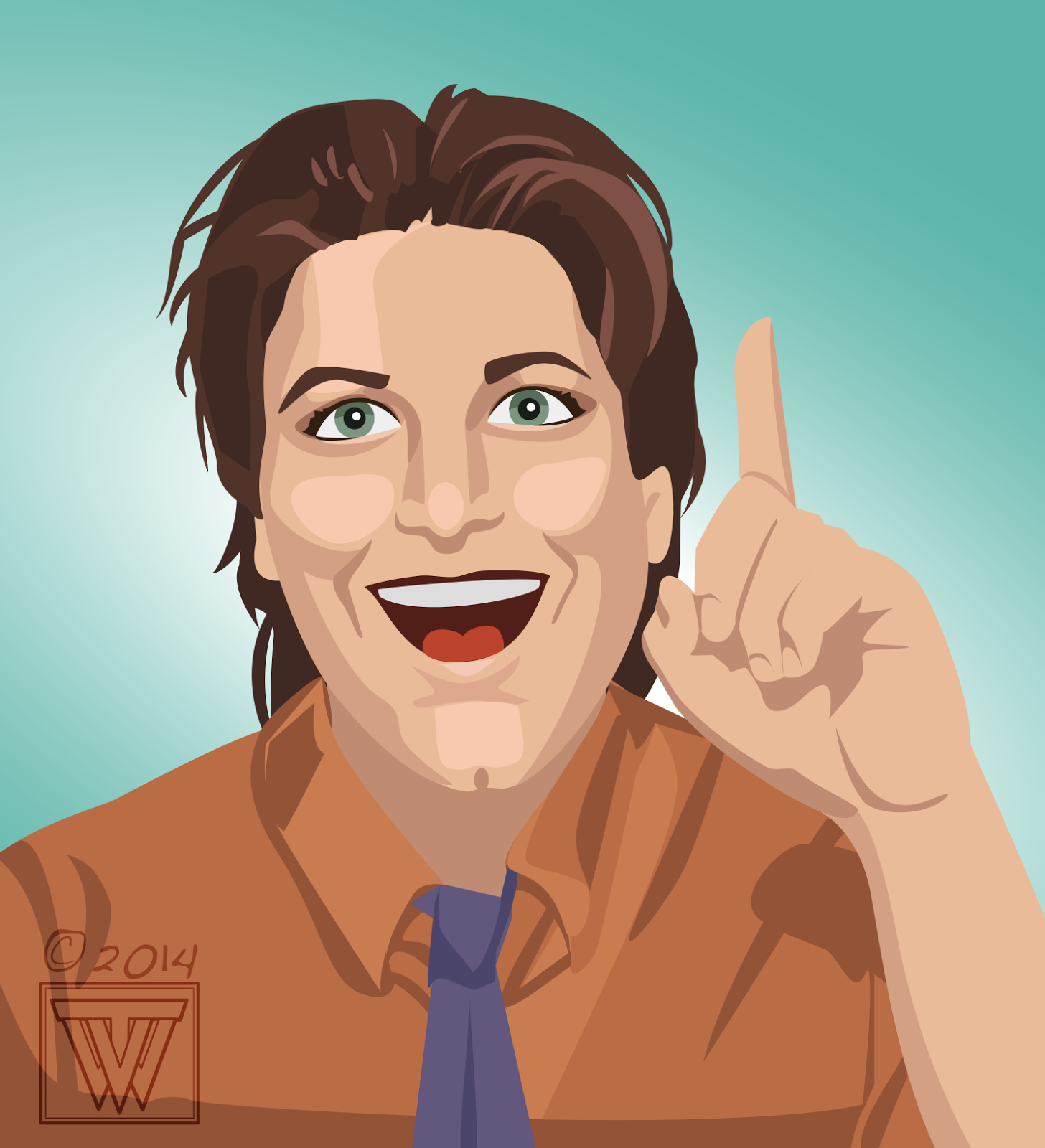